You are here: Home » News » Introduction For CNC Collets 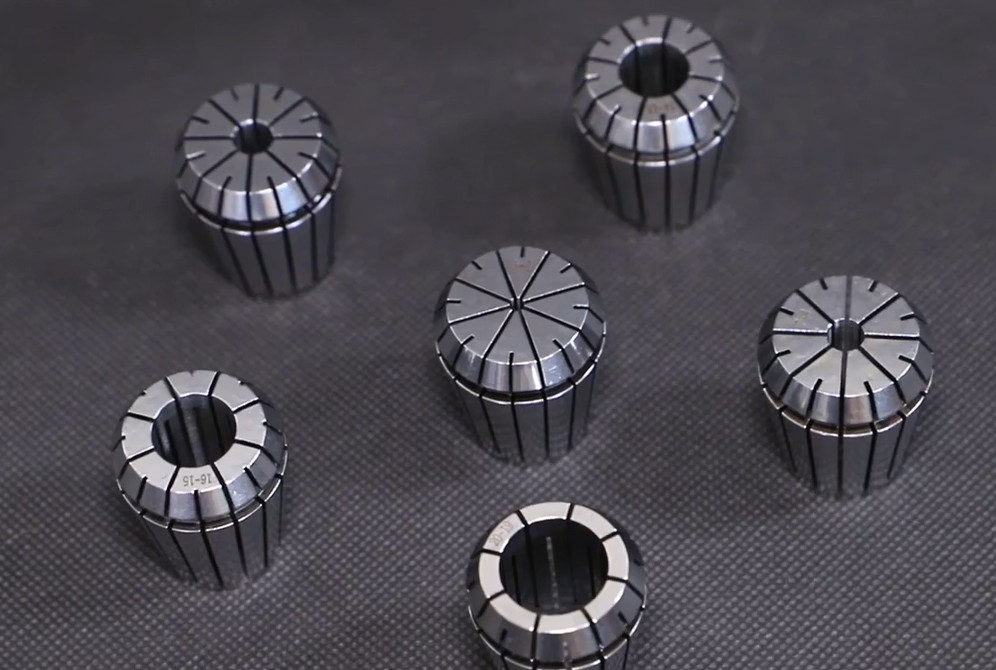 The "ER" collet system, developed and patented by Rego-Fix in 1973, and standardized as DIN 6499, is the most widely used clamping system in the world and today available from many producers worldwide. The standard series are: ER-8, ER-11, ER-16, ER-20, ER-25, ER-32, ER-40, and ER-50. The "ER" name came from an existing "E" collet (which were a letter series of names) which Rego-Fix modified and appended "R" for "Rego-Fix". The series number is the opening diameter of the tapered receptacle, in millimetres. ER collets collapse to hold parts up to 1mm smaller than the nominal collet internal size in most of the series (up to 2mm smaller in ER-50, and 0.5mm in smaller sizes) and are available in 1mm or 0.5mm steps. Thus a given collet holds any diameter ranging from its nominal size to its 1mm-smaller collapsed size, and a full set of ER collets in nominal 1mm steps fits any possible cylindrical diameter within the capacity of the series. With an ER fixture chuck, ER collets may also serve as workholding fixtures for small parts, in addition to their usual application as toolholders with spindle chucks. Although a metric standard, ER collets with internal inch sizes are widely available for convenient use of imperial sized tooling. The spring geometry of the ER collet is well-suited only to cylindrical parts, and not typically applied to square or hexagonal forms like 5C collets. 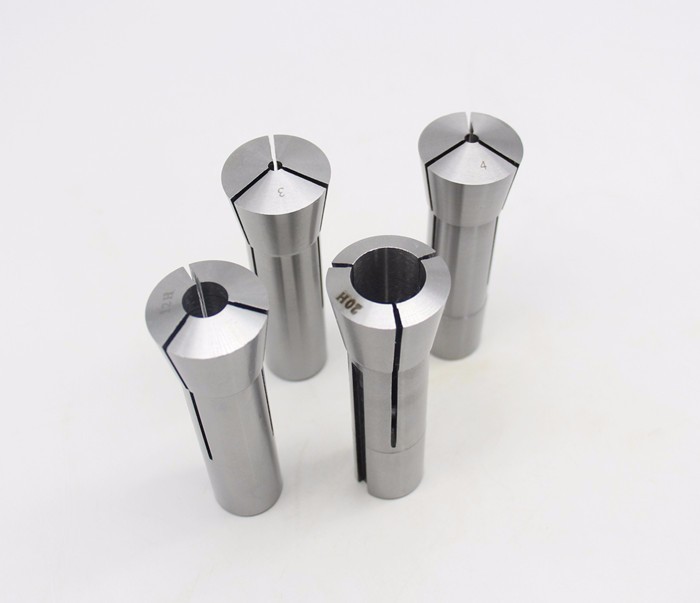 R8 collets were developed by Bridgeport Machines, Inc. for use in milling machines. Unusually, R8 collets fit into the machine taper itself (i.e. there is no separate chuck) and tools with integral R8 taper can also be directly fitted. R8 was developed to allow rapid tool changes and requires an exact match between collet and tool shank diameter.

R8 collets have a keyway to prevent rotation when fitting or removing, but it is the compressed taper and not the keyway that provides the driving force. Collets are compressed by a drawbar from behind, they are self releasing and tool changes can be automated. 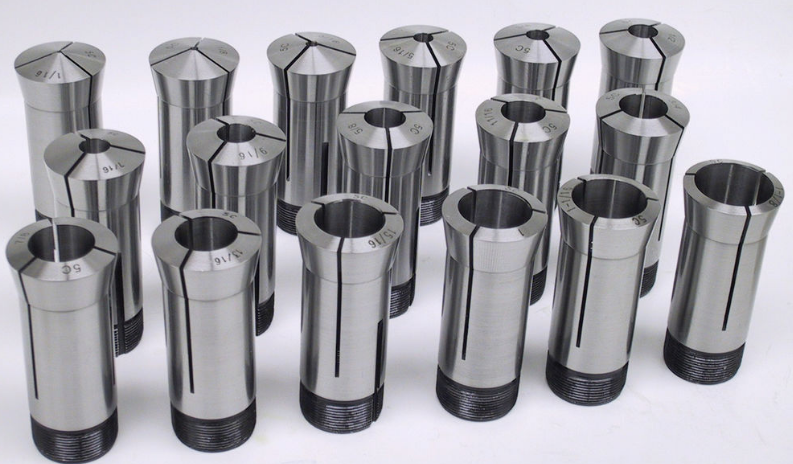 Unlike most other machine collet systems, 5C collets were developed primarily for work holding. Superficially similar to R8 collets, 5C collets have an external thread at the rear for drawing the collet closed and so work pieces may pass right through the collet and chuck (5C collets often also have an internal thread for workpiece locating). Collets are also available to hold square and hex stock. 5C collets have a limited closing range, and so shank and collet diameters must be a close match. A number of other C-series collets (1C, 3C, 4C, 5C, 16C, 20C & 25C) with different holding ranges also exist.

These collets are common especially on production machines, particularly European lathes with lever or automated closers. Unlike draw-in collets, they do not pull back to close, but are generally pushed forward, with the face remaining in place.